Pesecká leánka (Fetesca Regala) - a mysterious young lady from southern Slovakia, a daughter of Danube flatlands, a muse inspiring poets, artists, music composers... She is fiery, brisk, passionate. We call her leánka because the Hungarian word for a girl - leányka is used also in Slovak. The wine comes from the heart of Romanian Transylvania, from the village of Danes in department of Sighisoara. 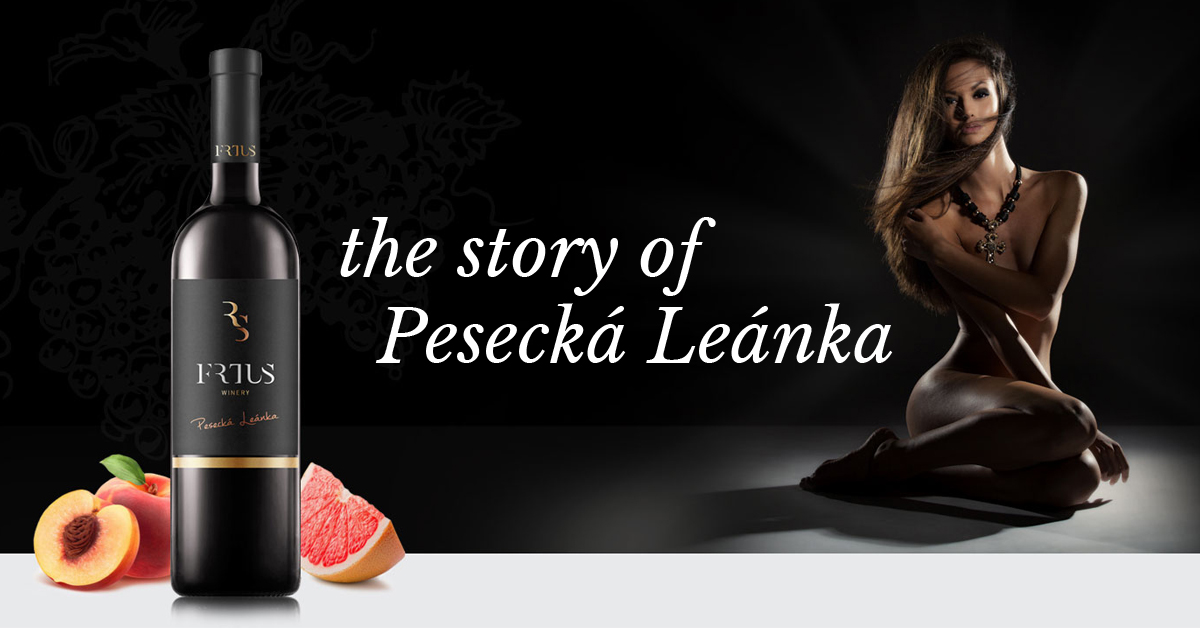 Domnule Gaspari presented it for the first time at the exhibition in Bucharest in 1928. The wine achieved its official Romanian name Feteasca regala - Royal Girl, a princess. This news has immediately spreaded also to surrounding countries. Hungarians call it Erdély Királyleányka - Transylvanian Princess, in Austrian Burgenland it is called Königstochter - Royal Daughter, In Ukraine it is Fetiaska korolevskaia.

However, the wine has found its home northward from Levice, where it has had perfect conditions at heating tuffs and tuffites of southern slopes of Štiavnické Hills.

Its name is a synonym of the name of wine variety made thereof.

In Frtús Winery, we have found that at reduced harvest, Pesecká leánka can give full, harmonic wines with distinct and unique aroma of the variety. And thanks to global warming, there is no problem to make quality wines with attribute in most of vintages. The wine has a decent, fresh, pleasant smell dominated by fruity tones supported by an interesting herbal tip. The taste captures with nicely harmonised acids. The pleasant spice is completed with aroma of vineyard peach and grapefruit with a beautiful mineral response in the taste. As if the fire from the volcanic subsoil comes to the grapes and then to the wine.

Dear friends of good wine, take an adventurous journey of discovering appeals of our Pesecká leánka.

Your e-mail was added.
E-mail address has been removed.
I would like to receive news via Email.

For improving your experience on our sites we use cookies. x